Are you planning on moving to Central London? To make sure that your move goes as smoothly and easily as possible, you ought to look for a removals company that knows the area inside and out. When you’ve got a skilled team of movers behind you, you’ll find that moving day doesn’t have to be a stressful or disruptive experience. To learn more about the products and services that we offer and how they can work for you, just give London Removals a call today on 020 8746 4366 and ask one of our friendly representatives for your free quote. Whether you’re moving your home or your business, whether you’re planning a large move or a small one, whether you’re moving locally or coming from another town or country, you can be sure that, when you come to us, you’re in safe hands. 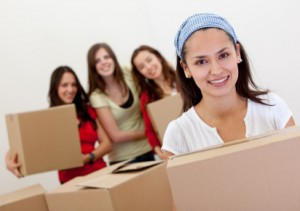 As the name suggests, Central London covers the region right at the heart of the city. It isn’t a formally defined area –– rather, it’s taken to cover the area of London that includes Charing Cross, Whitehall, the Strand, Trafalgar Square, and the University of London. Many of the most famous, interesting, and attractive parts of the city are situated in this small stretch of land.

Unlike many other areas of London, the centre is given over almost entirely to business and government rather than residential properties. That has some serious effects on the character of the area. Traffic is much heavier than in any other part of the city, especially during rush hours when workers are coming into or leaving the city. Fortunately, the area is very well served by the Underground service, so driving often isn’t necessary when moving around inside the city. Another consequence of this is that the daytime population of the area is significantly higher than the nighttime population, as most people are only in the city for the working day. That means that the character of the place later on in the evening can be very different to the bustle and noise of midday.

The area is famous for its museums and galleries, which are one of the things that really draw the crowds during the daytime. The British Museum, the National Gallery, the National Portrait Gallery, and Tate Britain are all in Central London. Other famous museums, like Tate Modern, are close by and easily accessible, either by foot, by bus, or by underground. These make the area very attractive when you’re considering relocating your home or business there. 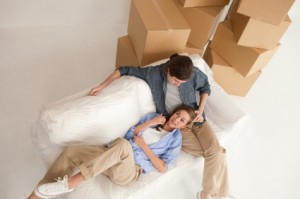 The British government has many of its main buildings and offices within Central London. Most famously, this includes the Houses of Parliament. It also includes Whitehall, the famous road linking Parliament Square and Trafalgar Square, which includes government departments like the Foreign Office, the Cabinet Office, the Ministry of Defence, the Department of Health, and, very famously, Downing St, where the Prime Minister has his official residence. A number of the buildings are open to visitors, and some include exhibits or organise tours.

Central London is an exciting and fascinating part of the city to move to. It’s the centre of British public life, and a focal point for much of its arts, study, and business. Whether you’re moving your business there or moving your home there, you’re sure to find it an interesting and rewarding part of London. With so much traffic and so many people crowding the streets, though, moving there can prove a real headache if you haven’t planned your journey very closely. To get moving day organised smoothly, give London Removals a ring today on 020 8746 4366.