If you’re going to be moving to East London soon and are looking for a removals firm to undertake the move with, you shouldn’t look any further than London Removals. With years of experience covering every aspect of the removals business and every part of London, and with a great team with a fantastic, can-do attitude, you’ll find that, when you come to us, moving day can be a smooth and hassle-free experience. We offer a complete and comprehensive range of services covering absolutely every part of the moving process, from packing to storage to unloading, which means that, when you come to us, you’ll have everything you need. Just give us a call today on 020 8746 4366 and ask one of our friendly representatives for your free quote. When it comes to something as important as moving, why settle for second best? 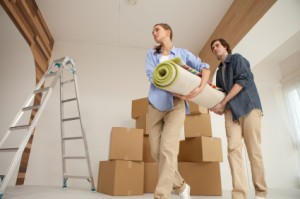 While East London isn’t formally defined, it is normally understood to refer to the area of the city north of the Thames and to the east of the City of London. Major residential and business areas inside this region include Romford, Stratford, Ilford, Canary Wharf, Barking, Hackney, and Upminster. During London’s development, the area was particularly known for industries linked with the Thames, including shipping, docking, and ship building. As these industries have declined, the area has been extensively redeveloped, with the Docklands providing a great deal of new office developments in London.

The area was the site of a number of important venues for the 2012 Olympic Games. The Olympic Zone was situated in Stratford, and saw a number of the most important events and ceremonies of the games held there. These included the cycling, the athletics, the swimming, and the opening and closing ceremonies. Stratford was also home to the Olympic Village, which provided accommodation for all the athletes and team officials for the duration of the games, with a capacity to sleep more than 17,000 people. Many of these developments are to be reused and further developed in the years after the games, leading to further money and development efforts pouring into East London. 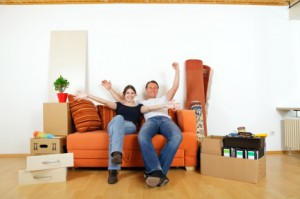 The Docklands – once part of the Port of London, are at the time the largest port in the world. Part of the boroughs of Southward, Tower Hamleys, Newham, and Greenwich, the area has been significantly redeveloped since the 1970s, and is now an important commercial and residential hub within the city. The Docklands are served by a dedicated light railway line, the Docklands Light Railway, rather than an underground service.

East London is sometimes taken to include the East End of London, which is the area directly to the east of the City, including exciting and up-and-coming areas of town like Hackney, Shoreditch, and Hoxton. The area is known for its dense population and its rich mix of cultures. It is also the home for a number of famous galleries of contemporary art, including the Whitechapel Gallery and the White Cube. The Young British Artists, famously, lived and worked in the area.

East London is an exciting and vibrant area of the city to move to. No matter whether you’re relocating your home or your business, you ought to be looking forward to the opportunities that a new address in this area of town will bring. Just be sure that, when it comes to moving day, you’ve got the right team of movers behind you. For a moving company that knows East London inside and out and can help you with every aspect of your move, get in touch with London Removals today on 020 8746 4366.